He commanded Company C, 18th Infantry Regiment, on October 8, 1944, when it, with the Ranger Platoon of the 1st Battalion, attacked Crucifix Hill, a key point in the enemy's defense of Aachen, Germany. As the leading rifle platoon assaulted the first of many pillboxes studding the rising ground, heavy fire from a flanking emplacement raked it. An intense artillery barrage fell on the American troops which had been pinned down in an exposed position. Seeing that the pillboxes must be neutralized to prevent the slaughter of his men, Capt. Brown obtained a pole charge and started forward alone toward the first pillbox, about 100 yards away. Hugging the ground while enemy bullets whipped around him, he crawled and then ran toward the aperture of the fortification, rammed his explosive inside and jumped back as the pillbox and its occupants were blown up. He rejoined the assault platoon, secured another pole charge, and led the way toward the next pillbox under continuous artillery mortar, automatic, and small-arms fire. He again ran forward and placed his charge in the enemy fortification, knocking it out. He then found that fire from a third pillbox was pinning down his company; so he returned to his men, secured another charge, and began to creep and crawl toward the hostile emplacement. With heroic bravery he disregarded opposing fire and worked ahead in the face of bullets streaming from the pillbox. Finally reaching his objective, he stood up and inserted his explosive, silencing the enemy. He was wounded by a mortar shell but refused medical attention and, despite heavy hostile fire, moved swiftly among his troops exhorting and instructing them in subduing powerful opposition. Later, realizing the need for information of enemy activity beyond the hill, Capt. Brown went out alone to reconnoiter. He observed possible routes of enemy approach and several times deliberately drew enemy fire to locate gun emplacements. Twice more, on this self-imposed mission, he was wounded; but he succeeded in securing information which led to the destruction of several enemy guns and enabled his company to throw back 2 powerful counterattacks with heavy losses. Only when Company C's position was completely secure did he permit treatment of his 3 wounds. By his indomitable courage, fearless leadership, and outstanding skill as a soldier, Capt. Brown contributed in great measure to the taking of Crucifix Hill, a vital link in the American line encircling Aachen.

For gallantry and intrepidity at the risk of his life above and beyhond the call of duty on November 16, 1944 in Hamich/Gerrmany. T/Sgt. Lindsey assumed a position about 10 yards to the front of his Platoon during an intense enemy tank-infantry counterattack, and by his unerringly accurate fire destroyed two enemy machine gun nests, forced the withdrawl of two tanks, and effectivly halting enemmy flanking patrols. Later, although painfully wounded he engaged 8 Germans who were reestablishing machine gun, in hand-to-hand combat, killing 3, capturing 3 and the other 2 to flee. By his gallantry, T/Sgt. Lindsey secured his unit´s position and reflected great credit himself and the US Army 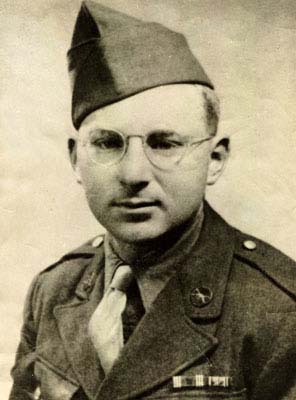 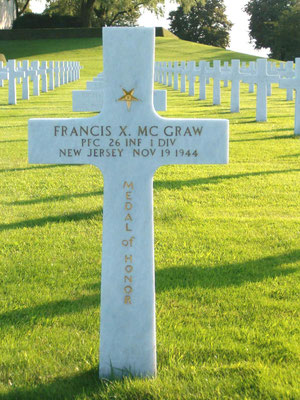 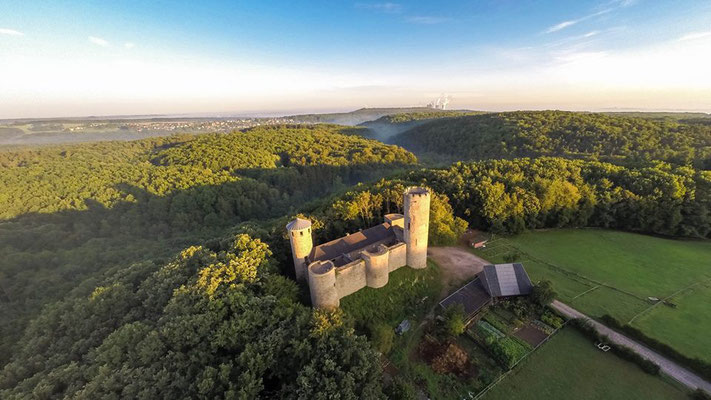 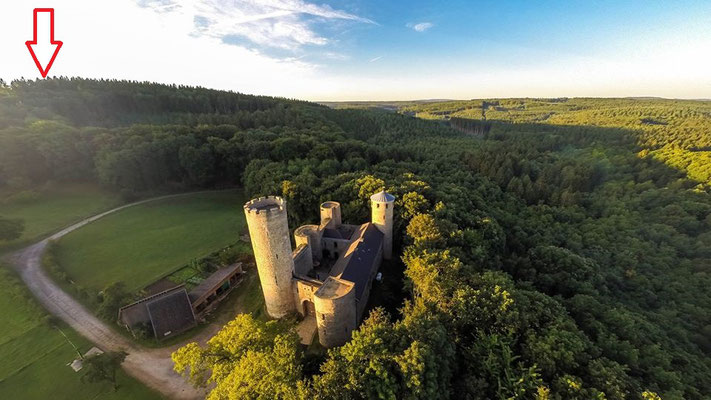 He manned a heavy machine gun in a foxhole near Schevenhutte, Germany, on 19 November 1944, when the enemy launched a fierce counterattack. Braving an intense hour-long preparatory barrage, he maintained his stand and poured deadly accurate fire into the advancing foot troops, until they faltered and came to a halt. The hostile forces brought up a machine gun in an effort to dislodge him but were frustrated when he lifted his gun to an exposed but advantageous position atop a log, courageously stood up in his foxhole and knocked out the enemy weapon. A rocket blasted his gun from position, but he retrieved it and continued firing. He silenced a second machine gun and then made repeated trips over fire-swept terrain to replenish his ammunition supply. Wounded painfully in this dangerous task, he disregarded his injury and hurried back to his post, where his weapon was showered with mud when another rocket barely missed him. In the midst of the battle, with enemy troops taking advantage of his predicament to press forward, he calmly cleaned his gun, put it back into action and drove off the attackers. He continued to fire until his ammunition was expended, when, with a fierce desire to close with the enemy, he picked up a carbine, killed 1 enemy soldier, wounded another and engaged in a desperate firefight with a third until he was mortally wounded by a burst from a machine pistol. The extraordinary heroism and intrepidity displayed by Pvt. McGraw inspired his comrades to great efforts and was a major factor in repulsing the enemy attack